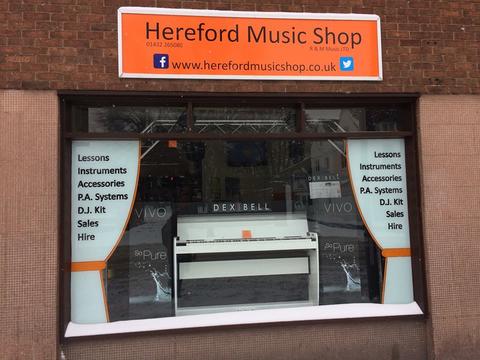 Previously the premises had been customised to offer a retail space & eight teaching studios. It was being used by a number of independent music teachers who feared this facility would be lost to both them & their students.

The Hereford Music Shop was formed by 2 local businessmen with no links whatsoever to the previous company. Managed by a team of musicians, sound engineers & Audio Visual experts, Hereford Music Shop hopes to provide the area with a complete solution for both beginners & seasoned musicians.