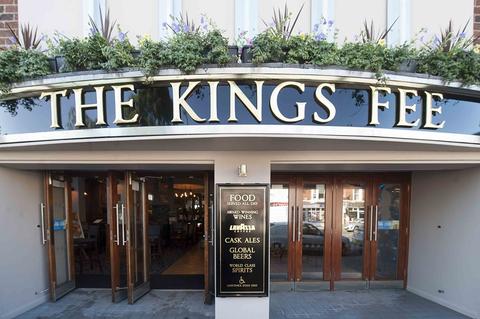 The King's Fee is a Wetherspoons pub and restaurant. The name of this pub recalls the early years in the history of Hereford. The central area around the cathedral was the Bishop’s Fee (or property) and the rest (within the city walls) was the King’s Fee. Hereford’s ancient cathedral is dedicated to the city’s patron saint Ethelbert, the Saxon king murdered at the behest of King Offa on the outskirts of Hereford in AD794. During Offa’s reign, the city expanded. The extended area became known as the King’s Fee, the eastern part including the ancient priory of Saint Guthlac.